We're on the cusp of the biggest transport disruption in history: Here's why

First there was the horse, then there was the wheel and the cart. Following this came the combustion engine and the automobile. Now, there’s the internet, the mobile technology and lithium-ion battery storage. Which leads us to autonomous vehicles and the era of smart transportation.

Autonomous vehicles are being widely developed and tested by more than 44 car manufactures and tech companies worldwide. Meanwhile solar, electric vehicles and battery storage costs are is coming down. All this is projected to change not only the way we get around, but also our environment and public spaces.

It’s clear the next wave of transport is here, and for those that may still think it’s never going to happen, here’s how its panning out…

Note: This article draws on our own industry experience, news, market research and Silicon Valley entrepreneur, author and Stanford University lecturer Tony Seba’s research. You can watch his keynote presentation at World Future Energy Summit in Abu Dhabi, in January 2018.

How has transport been disrupted before?

Disruption is when technology and business models combine to create new products that create new markets and help destroy or transform current industry.

More than a century ago New York City went from all horses to cars from 1900-1913. This transport disruption only took 13 years!

“If you miss disruptions you miss out on wealth creation opportunities.” – Tony Seba.

Business model innovation is just as disruptive as technology.

Uber is a prime example of a business model disruption. It took currently available technology (smart phone, cloud infrastructure, app software) and applied it to the transport industry. 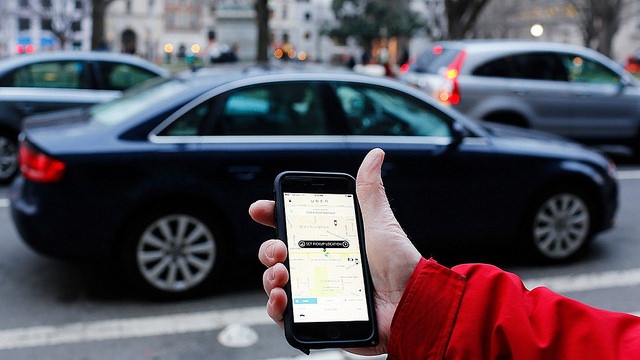 In 2016, after seven years in operation, Uber received more bookings than the whole taxi industry in America (Seba, 2017).

= Uber disrupted the taxi industry in the US in as little as seven years!

Predicting when disruption will occur using the ‘technology cost curve’

New York’s horses and the world’s taxi decline can be explained by the technology cost curve. And, the tool gives us the ability to predict future disruptions…

It’s a rule of thumb that technology improves in performance and reduces in cost at increasingly fast rates. Since the 1970s computers have doubled their capability every 2 years. 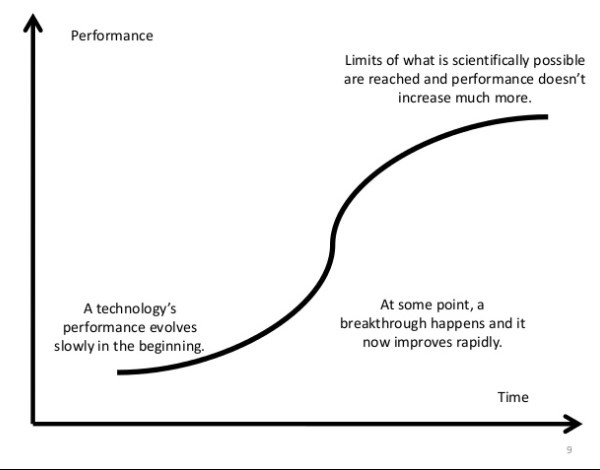 At some point new technology reaches performance and price to take over an old market, becoming the ‘disruptor’. Analysts call this the technology ‘S’ curve: 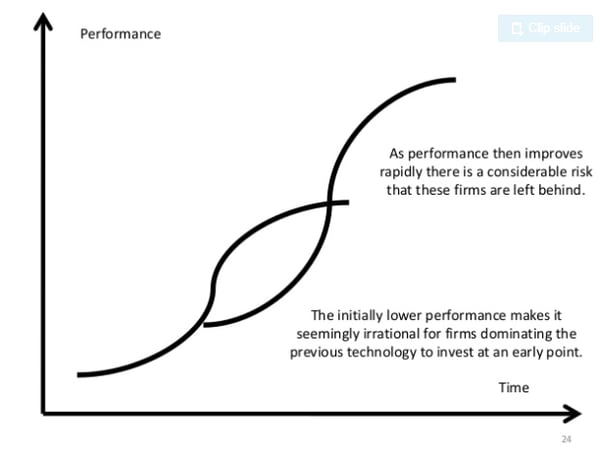 “On day one of the autonomous electric vehicle release they will be 10X cheaper than new combustion vehicle. Every time we've had a 10X price change in history we've had a disruption.” – Tony Seba.

How the technology cost curve is behaving for transportation and energy:

In his book ‘Clean Disruption of Energy and Transportation’ Seba argues two industries due for disruption are:

Four factors are causing this disruption through technological development and reduction in cost:

1. Lithium-ion battery storage has come down in cost from 14 percent each year in 2010 to 20 percent in 2017. Batteries enable electric vehicle disruption. They also offer other industries reduced energy costs.

2. Electric vehicles are projected to be 20 percent cheaper to buy and 10 times cheaper to maintain by 2025. Why? They’ve got less parts, are cheaper to refuel and you get double the lifetime mileage than combustion engines.

EV costs are falling and if the current technology cost curve trend continues, most new vehicles will be electric by the 2030s.

3. Autonomous vehicles are computers on wheels, and the cost and efficiency of computers and AV technology is coming down exponentially. Two examples:

Computers that operate AVs: The world’s first 1-TerraFlop computer cost $46 million dollars and was the size of a moderate family home. Fast forward 16 years and an 8-TerraFlop computer will set you back $600 and can be held in two hands!

Plus, technologies such as simulation, and high definition 3D mapping are accelerating the transport disruption: 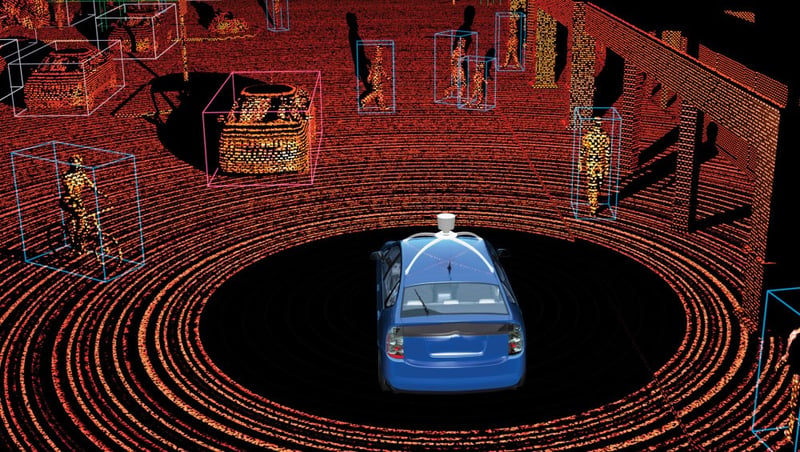 The cost of Lidar sensors, used in many AV models, has come down considerably. Image Courtesy: Voyage

4. Ride sharing: Uber and other ride share services have already disrupted the market. This business model is a natural partner to autonomous vehicles.

5. Connectivity: the Internet of Things has seen rapid development of communicative networks, software, and device technologies that enable data capture, analysis and control of vehicles and infrastructure. These are already giving road authorities the ability to monitor and manage traffic in real-time. Read how we’re doing this now.

This, paired with 5G and connective intelligent transport systems (ITS) is what will enable an AEVs to talk to each other, road infrastructure and traffic control centres.

The combination of four micro trends – Autonomous vehicles + Electric vehicle + Ride sharing + Connectivity – will equal the end of individual car ownership and the end of the combustion engine.

In the TaaS model, Autonomous Electric Vehicles (AEVs) will by typically be owned by fleets rather than the individual, largely driven by the sharing economy.

The sharing economy, where subscription-based or marketplace platforms have replaced formal ownership, has already disrupted other industries such as music (Spotify), television (Netflix), accommodation (AirBnB) and now transport (Uber).

Transport as a Service is also about convenience for the traveller through providing easy booking, payment and first-mile-last-mile transport networks. 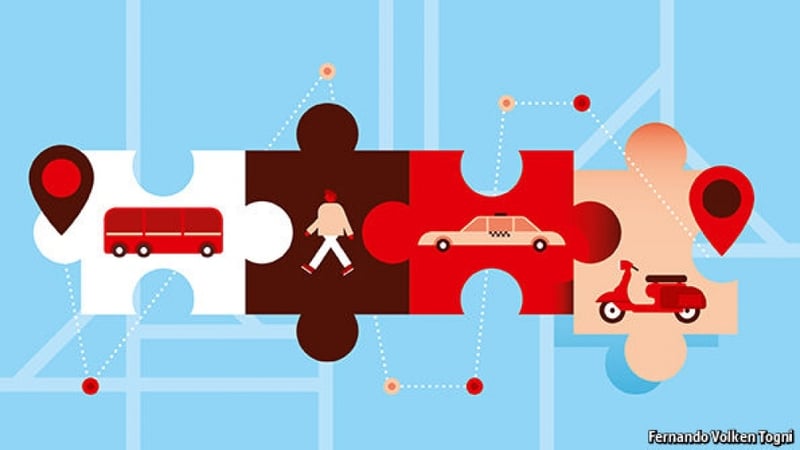 The Taas and MaaS models are based on the sharing economy and providing a convenient transport network. Image: Fernando Volken Tongni

What does this mean for the future of our towns and cities?

Right now, we don’t use our cars and space efficiently:

If Autonomous Electric Vehicles in a TaaS model prevail, we can expect to see some societal and environmental flow-on affects: 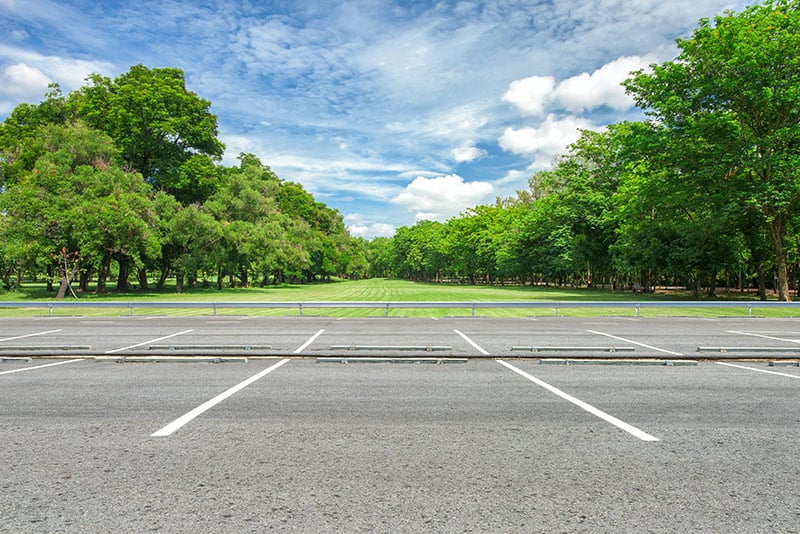 This video paints the picture nicely:

The transport disruption will be central to the world’s future smart cities.

"In 2018 we're on the cusp of the biggest, fastest most consequential disruption of transport in history… When it tips it will happen very quickly." –Tony Seba

Seba’s technology disruption cost curve shows we are on the tipping point of a transport disruption. And the world’s automobile and tech companies know this.

More than 44 companies worldwide are developing and testing AVs and electric vehicles. Many are already achieving level 4 autonomy and the race is on to release level 5 to the market.

Just as with Apple and Google and the smart phone, the first ones to catch the disruption wave will get the market share, leaving the Motorolas and Nokias behind.

One of the five enablers of the transport disruption is Connectivity. Integrating connective data solutions with current infrastructure will be key to enabling a driverless, smart transportation future.

Addinsight is the traffic intelligence system developed by the South Australian Department of Transport and Infrastructure. It provides real-time road traffic analysis of probe data from Bluetooth, WiFi and other sensor technologies. Learn how it works in the case study: SAGE innovates connective data solutions for smart motorways or learn more about Addinsight in the brochure: 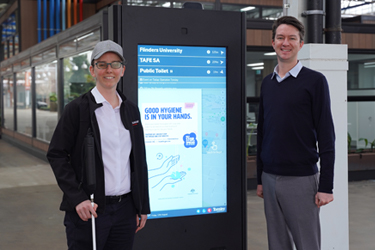 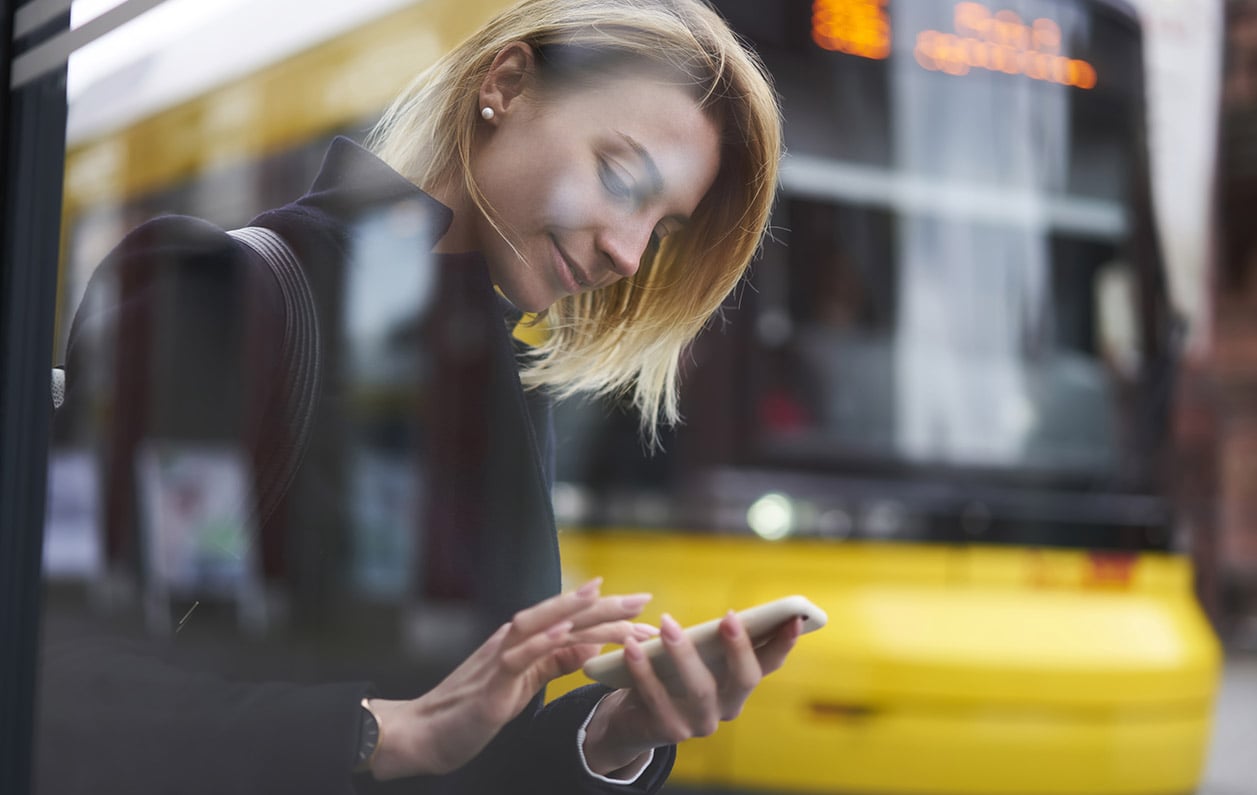 How are connected bus stops changing the way people travel? 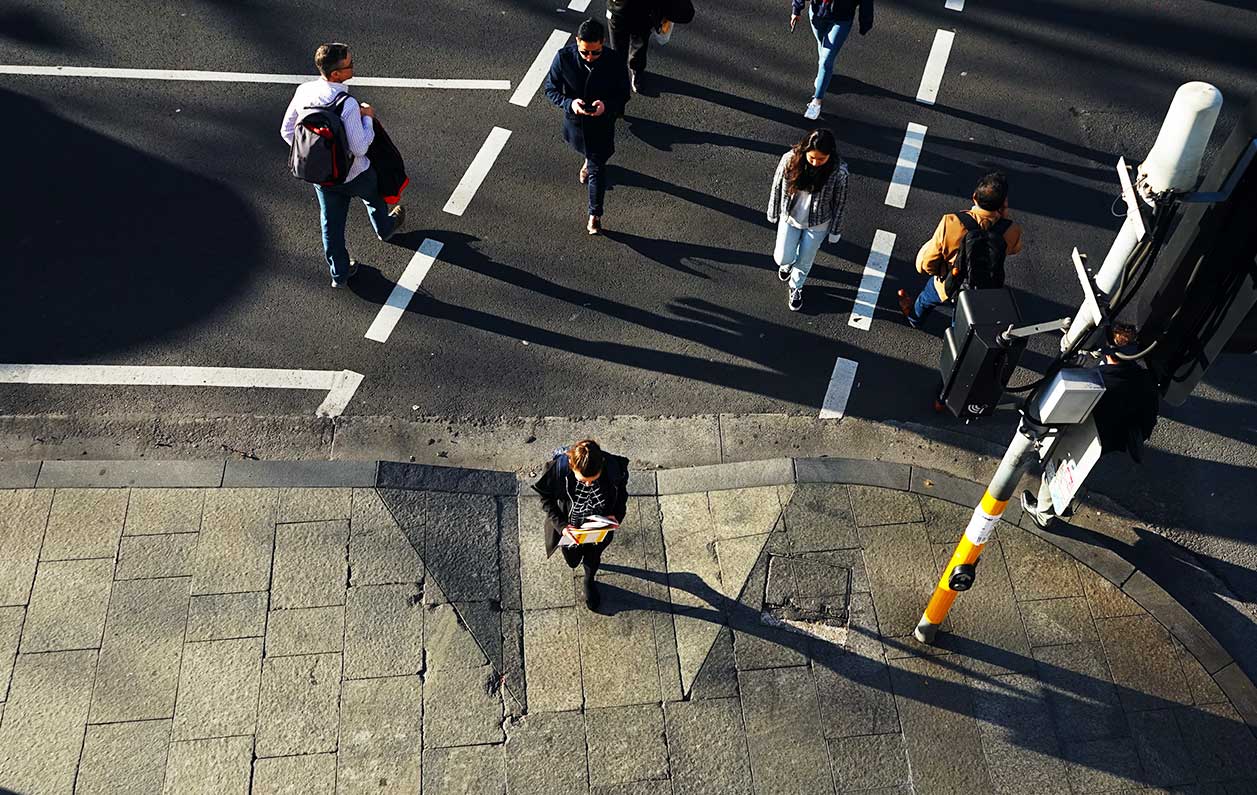