But it is challenging. Effective Six Sigma programs require a highly specialised skillset and disciplined approach. The statistical nature of Six Sigma makes it one of the least understood of improvement philosophies. As such, managers wanting to implement a Six Sigma program may face challenges in skill requirements and change management.


In an effort to provide some guidelines for organisations wanting to gain operational improvements through Six Sigma, we present some essentials in this blog post. Future posts will outline each step of the Six Sigma ‘DMAIC’ methodology (the problem-solving methodology essential to executing a successful Six Sigma program).


These blog posts have been informed by University of South Australia’s Lean Six Sigma lecturer Dr Neil Davidson. Dr Davidson is a Master Black Belt in Lean Six Sigma and has more than 15 years of experience in implementing Six Sigma programs.

What is Six Sigma?


Six Sigma is essentially a structured, data-driven approach to process improvement based on targeting variation in any given process.


“The idea is that if you can reduce the variation in your process, you will reduce the opportunity for errors,” Dr Davidson says.


And reduced errors directly translate to cost savings through increased throughput and quality.


“With Six Sigma, every time you run a process – for example, manufacturing a product, mineral refining or even a service such as boarding an airplane – you should know what the output is going to look like,” he says.


In a nutshell, Six Sigma:


What is a sigma rating?


A ‘sigma rating’ is the global standard measure of the quality in a process that ranges from 1–6. The higher your sigma level, the better the process. Sigma ratings are calculated based on the amount of defects and variation in a process. ‘Defects’ here include any waste in the chain, including time spent gathering information, staff errors and rework, as well as physical product defects.


“Traditionally, organisations have run at about 3–4 sigma, which is defects in the order of parts per thousand. Six Sigma aims to get to a parts per million defect rate,” Dr Davidson says. 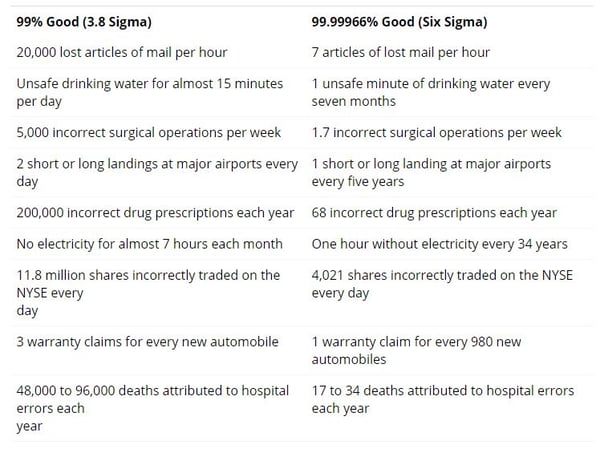 
What’s the difference between Six Sigma and Lean?


While both are centred on improving the customer’s experience, there are some fundamental differences between Lean and Six Sigma:

Because of its data-driven nature, Six Sigma is usually run by statisticians or sigma experts within a project team, whereas Lean is typically run and championed by management with varying levels of skills.

When Six Sigma began in the late 1980s, it was described as a “breakthrough improvement”.

“It wasn’t about the small incremental changes [as Lean was]. You actually got quantum leaps in performance improvement by analysing data and really being able to identify root causes properly,” Dr Davidson explains.


What does a Six Sigma program look like in a nutshell?


A properly executed Six Sigma program would follow the DMAIC five-step process. It would also use statistical and data analysis to:

At the end of the Six Sigma program, the project team would work with operational leadership to embed changes into day-to-day operations.


What is the DMAIC five-step process?

DMAIC is a Six Sigma problem-solving methodology that helps you find the right problem to solve.


Its five stages – Define, Measure, Analyse, Improve, and Control – should be followed in strict order. The first three stages of DMAIC are focused on defining the problem, gathering data and analysing it. Crucially, no solutions or implementation occurs until the fourth and fifth stages.


Dr Davidson describes the method as slowing down the pace at which you think.


“It sounds strange, but when you think about it, it makes sense. The first three phases of DMAIC aim to stop people from jumping to conclusions and saying ‘I know how to fix this’. When this happens, people tend to fix the wrong problem, or fix it the wrong way, and it pops up again in six months’ time.


“What you want to do with DMAIC is to make sure you solve the correct problem, and the staged approach of DMAIC helps achieve this.”

The essential guide to Six Sigma DMAIC: Phase 1 (of 5) – Define

The essential guide to Six Sigma DMAIC: Phase 2 (of 5) – Measure

The essential guide to Six Sigma DMAIC: Phase 3 (of 5) – Analyse

The essential guide to Six Sigma DMAIC: Phase 4 (of 5) – Improve

The essential guide to Six Sigma DMAIC: Phase 5 (of 5) – Control


What statistical tools and measurements are used in Six Sigma? 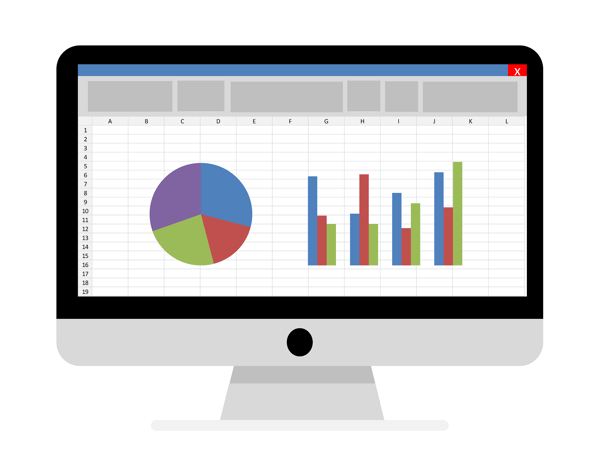 There’s only one formal measurement in Six Sigma: the sigma rating. But there are numerous statistical tools that can be used in each stage of DMAIC:


For a detailed guide to each of the DMAIC phases stay tuned for our five-part series... coming soon.


Which companies use Six Sigma?

Six Sigma isn’t limited to manufacturing. Every kind of service or transactional business can benefit.

“If you're in a business where time is money and where waste and defects cost you money – to analyse your processes and cut that variation is an enormously beneficial thing to look at,” says Dr Davidson. Some of the top users of Six Sigma are companies in manufacturing, resources and finance. These companies tend to treat their Six Sigma programs as proprietary, as it gives them a competitive advantage.


Dr Davidson says organisations look at Six Sigma because of the magnitude of changes it gets. “You can cut your defect rates by 10, 15, 20 per cent without any issue at all,” he says.

“I’ve worked with metals producers in the resources sector, where very small increases in yield are worth thousands of dollars a day,” Dr Davidson says.


Pharmaceuticals is another big Six Sigma user, because controlling processes is crucial to meeting the industry’s stringent standards and certification requirements.


Six Sigma can be harder to implement in organisations, because it relies heavily on statistics and data – which is inherently less approachable. In other words, Six Sigma is its own beast.

“Because these tools aren't as socially accessible, you find that it’s more difficult to get people to understand and accept the change. So change management is more difficult,” Dr Davidson explained.


Comparatively, Lean programs are more ‘user friendly’. The tools are easier to use and understand, and so have a higher adoption rate.


What do I need to succeed in Six Sigma?

Clear expectations: Accept that there are costs involved in implementing a Six Sigma program and that there will be a delay in the return-on-investment, but do expect large cost benefits in the long run.

All levels of buy-in: You need management on board as well as those at the process and operator levels; after all, they're the ones who'll have to implement the changes. It can be difficult, because you're trying to get people to implement a change they weren’t directly involved in.


Statistical skillsets and/or Six Sigma belt: No one’s stopping you from starting a Six Sigma program today. But for Six Sigma to be effective, it needs someone who is highly skilled in statistical analysis, has a sound understanding of the DMAIC process, and who has strong managerial and leadership skills.


How do I get started?

Dr Davidson suggests removing as much waste in your processes as you can before you start doing the level of statistical analysis that Six Sigma demands. 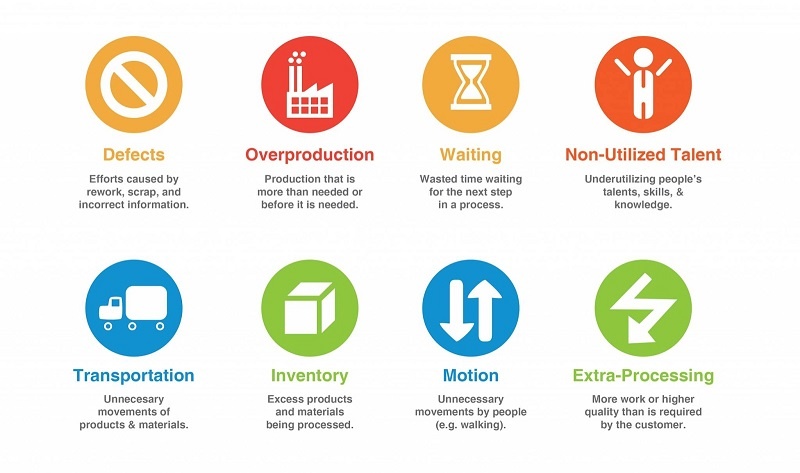 Eliminate the lean wastes before starting a Six Sigma program


“It makes enormous sense to do lean first,” he says. “If you haven't done the clean out, you’re running a real risk you’re not going to get the right results.”


Then, ensure your current processes are stable and repeatable, so any analysis and subsequent changes will be effective.

“Once you’ve done this, it’s well worth talking to someone who’s done it before, whether that be a friend from another organisation or a consultant,” Dr Davidson says.

He also cautions against attempting to run a Six Sigma program solo. “People say, ‘I'll do a course and go and start my own program.’ But there's a lot more to it than that,” he says.

“There's a lot of management overhead, change management and structural planning before you start: that’s where experience counts, and where a consultant can be helpful.”


But you do need to build your own knowledge in-house. “You do want to make sure you're not relying entirely on a consultant – you want to build own process as well.”

Six Sigma makes it possible to achieve near-perfect processes, helping you provide a superior product or service, and dramatically cutting down costs associated with defects and waste.


The next blogs in our Six Sigma series will take you through the DMAIC process, a core methodology to Six Sigma. Start here: The essential guide to Six Sigma DMAIC: Phase 1 (of 5) - Define.

When a machine stops, it can quickly escalate to calling in external help – sometimes unnecessarily. The Breakdown Checklist is designed to get you back online faster. It will get your team thinking about what caused the breakdown and assess the need for external advice. Download the free downtime checklist here.

Backup basics: PLC backups will save you money 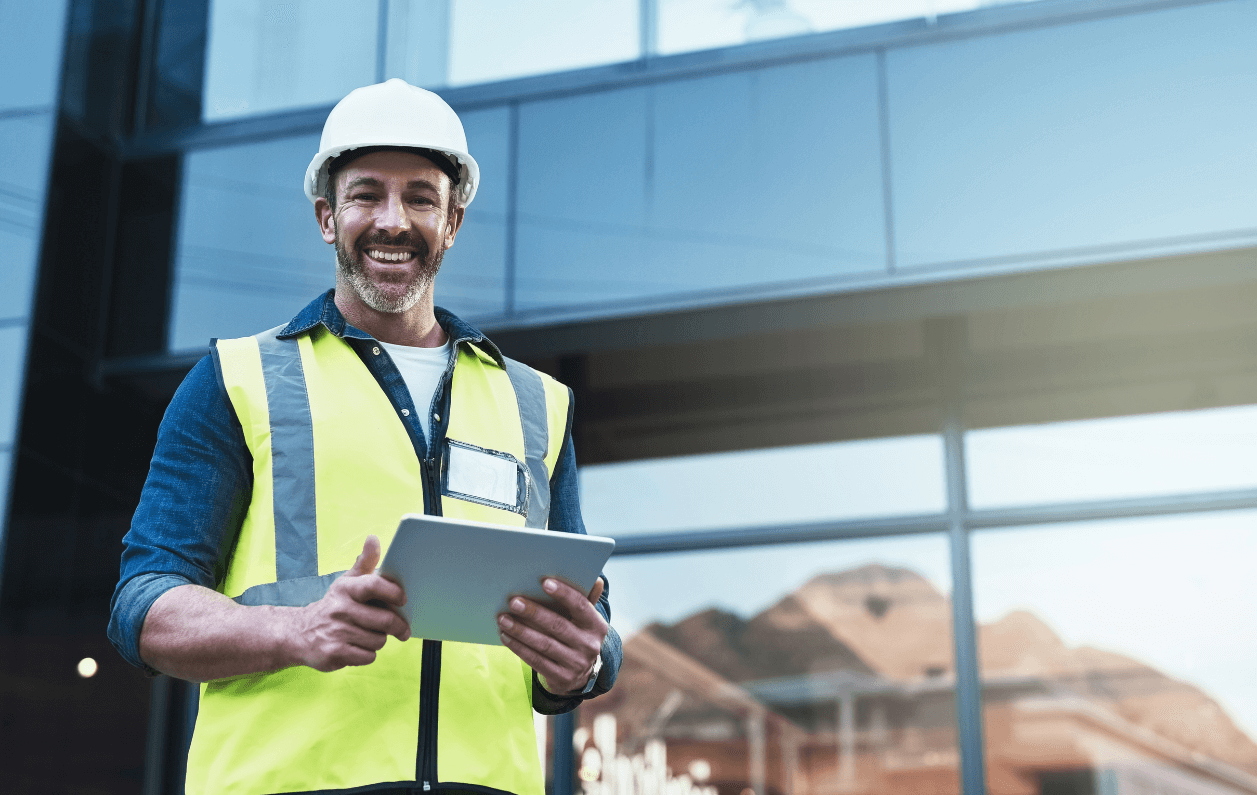