SAGE Automation was engaged by Transurban for the installation and commissioning of 80 customised Lane Use Management System signs for two live and critical tunnels in Melbourne.

"Throughout the process, we were really impressed with the documentation being maintained on-site and the diligence being shown from the health and safety perspective, which has been recognsied internally."

The Burnley and Domain Tunnels in Melbourne, part of the CityLink Tollway, are critical for the passage of commuters from east to west, bypassing the Central Business District. The tunnels and associated ITS infrastructure form part of Transurban’s network.
The Burnley Tunnel (3.4km), and the Domain Tunnel (1.6km) both consist of three traffic lanes. Prior to the project, the tunnels utilised limited side-mounted variable speed limit signage and basic overhead lane control signage nearing end-of-life.
After almost 20 years, the existing lane control signage was in urgent need of upgrading and this provided an opportunity to transition to a fully featured lane use management system.

SAGE was responsible for:

Signage underwent a stringent testing process to enable faster rollout within the tunnel. A significant amount of pre-testing and controller installation was completed without the need for lane or tunnel closures. 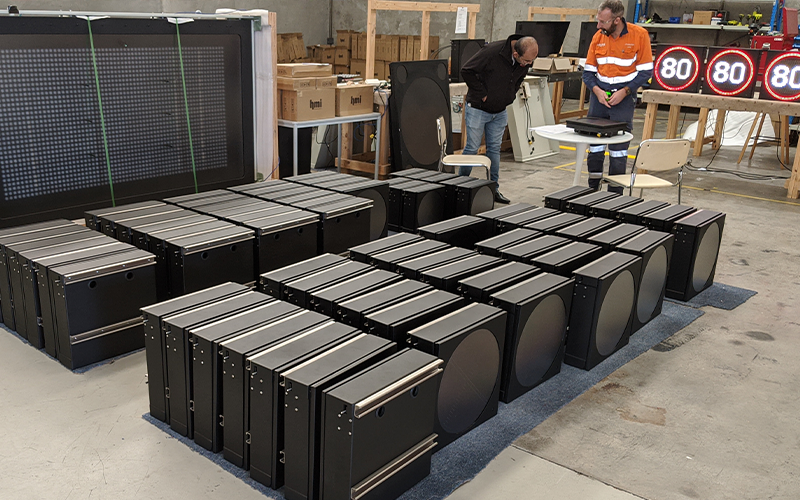 This provided certainty for Transurban and minimised disruption to traffic that relies on the tunnels to reduce their commute time. 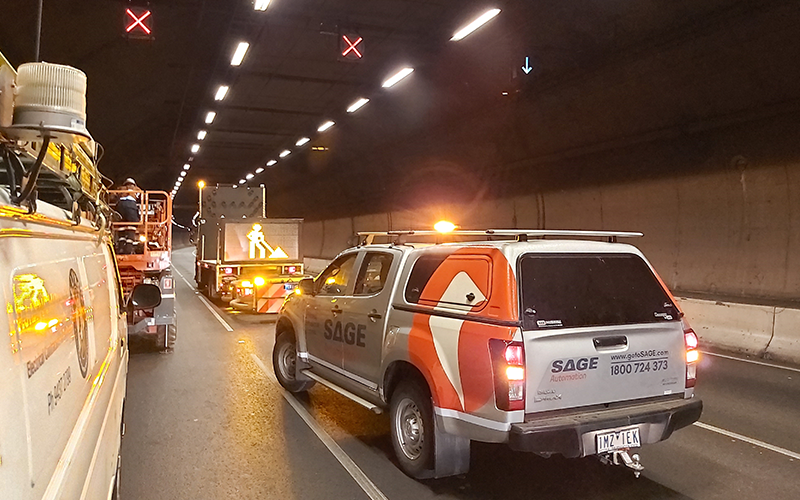 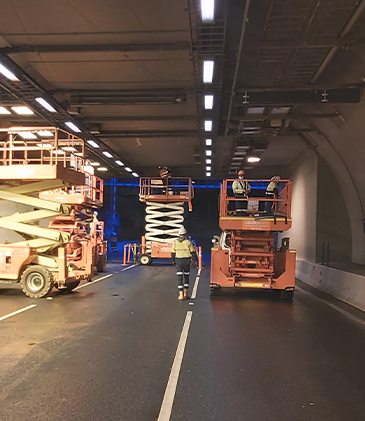