"We engaged SAGE Automation to deliver the electrical and automation solution for our client.

The workmanship on the panels manufactured by SAGE is of high quality and their involvement in the project was critical in ensuring successful delivery for the client.”

Bundaberg Brewed Drinks is an Australian premier beverage brewer and producer. Operating since the 1960s, the company specialises in non-alcoholic, craft-brewed drinks such as ginger beer, apple cider and sarsparilla.

Exporting to more than 60 countries around the world, Bundaberg Brewed Drinks has undergone significant growth in recent years. Meeting the demands of this growing market requires expanded capacity and increased efficiency within the plant.

The business uses traditional recipes and brewing methods, which need to be balanced with increased production. An increase in agility, responsiveness and speed to market is a priority for the business as customer demand grows.

The client had one Clean-In-Place (CIP) kitchen, shared between the brewhouse and the bottling facility, which was capable of cleaning just two items at once.

This was limiting efficiency and production often stalled while waiting for the CIP to become available.

In consultation with the project managers and process designers, M.E. Engineering, SAGE Automation provided an electrical and automation solution for the client's new CIP system.

M.E. Engineering designed the CIP kitchen and provided SAGE with the User Requirement Specification. From this, SAGE developed the Functional Description and manufactured two control panel cabinets at their Adelaide workshop, which were shipped to site for installation and setup.

The cabinets were installed on site to house the hardware, including the PLC and SCADA.

SAGE also worked with a team from Hamilton Instruments to set up the CIP instrumentation and electrical installations.

SAGE Automation provided an electrical and automation solution for the client, which included:

A key outcome of the project is the ability for the client to utilise a new CIP kitchen, allowing simultaneous cleaning of the brewhouse and filling lines.

The packaging CIP project was delivered on time and within the budget, allowing Bundaberg Brewed Drinks to effectively run an additional CIP kitchen and to scale production, enabling business growth. 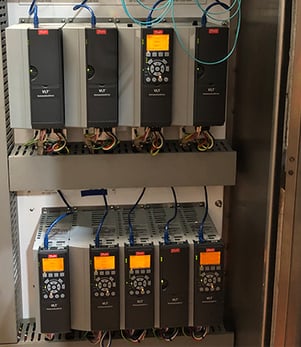 To speak with a member of our team about increasing efficiency or preparing to scale operations, get in touch through the form below or phone us on 1300 007 243