A collaborative culture was established through effective project management. The control system upgrade resulted in a simplified system architecture to control the whole plant, with no impact on wastewater treatment. Optimised performance yields operational savings and significantly lowers environmental risks.

Protecting health and the environment, sewage systems are a critical aspect of everyday life. SA Water is a leader in sewage treatment. Every year they manage and treat millions of litres of sewage for South Australians.

Established in 1966, the Bolivar Wastewater Treatment Plant (WWTP) is the largest of the three plants, treating approximately 70 per cent of metropolitan Adelaide’s wastewater and serving approximately one million customers. The treatment process recycles the treated water as well as the organic material that comes out of the water.

The original parts of the Bolivar treatment plant, such as the pumping and power stations and inlet works, were built approximately 45 years ago. As such, the equipment was reaching its end of useful life and a comprehensive and staged upgrade of the SCADA, PLC and communication networks was ultimately required for the entire plant. 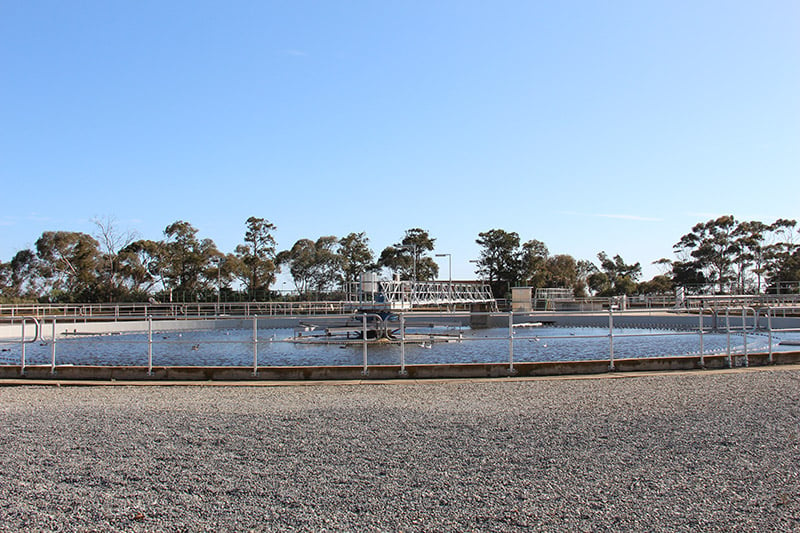 The Bolivar catchment covers an extensive area, with 156 pumping stations connected to the treatment plant through a series of mains.

The Bolivar catchment covers an extensive area, with 156 pumping stations connected to the treatment plant through a series of gravity and rising mains.  It is designed to treat an annual average flow of 165 ML/day and a peak wet weather flow of 500 ML/day.

Critical infrastructure, such as the Bolivar WWTP needs to be in operation 24 hours a day, seven days a week. This requirement makes downtime, as a result of equipment failure, a situation that is best avoided. Upgrading legacy equipment at the plant was a priority project that required a staged approach.

SAGE Automation was contracted by SA Water to upgrade the site facilities. Barry Higham, senior project manager, SAGE Automation, stated that as a first step, design workshops were conducted to assess the current functionality and then establish what was required moving forward. The workshops also provided a valuable opportunity to help establish a collaborative culture within the integrated team, which lent itself to an outcome-focused solution.

At the heart of the plant’s existing control system were legacy PLC-5 controllers that are no longer supported but were responsible for the automatic control of wastewater treatment that complies with the Environment Protection Authority’s (EPA) requirements for a licensed wastewater treatment facility.

Given the importance of maintaining uptime at the plant and the risks involved with legacy equipment, the PLC-5 controllers were upgraded to Allen-Bradley® ControlLogix® with the provision for redundancy. PowerFlex® drives were used to power the pumps and the field devices were controlled using the Allen-Bradley CompactLogix™ controllers. “Our scope was to fully rewrite the PLC logic for all required functionality and install new redundant ControlLogix processors,” said Higham.

As products age and give way to new technologies, Rockwell Automation works with customers to help them meet the demand to innovate and help to optimise performance. The PLC-5 Control System is among the largest installed base of any one control platform. However, spare parts, repaired units, and engineers that have experience with these controllers are becoming increasingly scarce.

As part of the update, the legacy ControlNet adapters for the Flex® I/O were replaced with Ethernet/IP adapters. “This simplified the process and reduced project risks as the I/O wiring was not impacted or interfered with for this network change. By using ControlLogix and CompactLogix controllers, we were able to develop the new PLC logic in the RSLogix 5000 environment. Using Add On Instructions that were defined during earlier stages of the upgrade works, there was no need to develop new code for subsequent stages of the upgrade, which proved to be a great timesaver. FactoryTalk® View was used for the HMIs, providing premier integration and the ability to see the entire plant,” explained Higham. 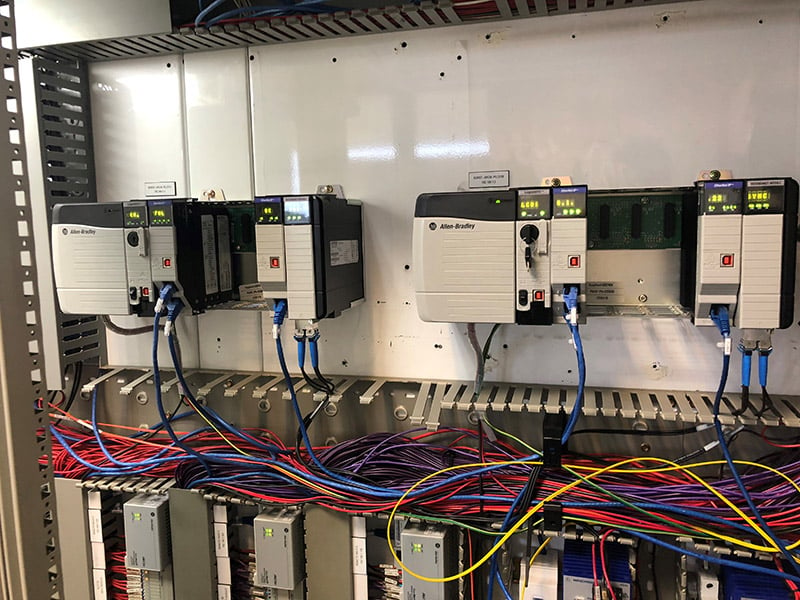 The plant's legacy PLC-5 controllers were upgraded to Allen-Bradley ControlLogix with the provision for redundancy.

Maintaining wastewater treatment during the upgrade

A spokesperson from SA Water explained that a key challenge for the project from inception was the ability to transition from the old control system to the new.

“Apart from the complexity behind the wastewater treatment process, transitioning from the old to the new system posed a high risk in terms of plant performance and operability. In order to avert a potential sewage overflow, the cutover process was meticulously planned, reviewed, quality assured and monitored.”

As the entire wastewater treatment plant was live, the complex upgrade was carried out on a running system. To avoid downtime during the upgrade, the PLC-5 controllers essentially became a gateway to allow the flexibility for easy roll back and roll forward as required. “We decided to encode everything by transferring all the Flex™I/O modules that were previously on ControlNet to Ethernet/ IP. We sequentially checked the coding related to devices connected to each card was correct. This allowed us to complete the upgrade with no significant interruption to wastewater treatment,” said Higham. 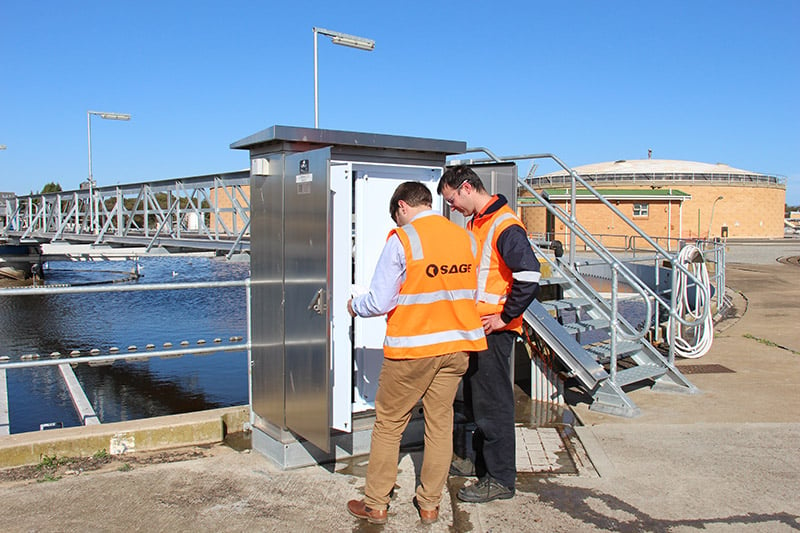 A complex upgrade carried out while the wastewater treatment plant was live.

One of the biggest challenges encountered during this project was deciding on how to respond to a PLC failure. As there are many areas of the plant linked to each other, opening and closing valves has sequential consequences for downstream processes. To address this, each and every possible scenario was considered and based on this, the resulting outputs decided.

For improved uptime, the plant can be separated into two separate plants with a redundant link between the two. Therefore, if there is an issue with a switch in one part of the plant, connection can be maintained. The diagnostics are available via the controllers through Ethernet/IP and alarming is notified through SCADA so any problems can be fixed with ease to minimise downtime at the plant.

The new system has proved to be significantly more reliable, flexible and robust. With improved diagnostics and feedback, any failure in the plant can be quickly addressed so the plant is up and running again with minimal downtime. This is a noteworthy achievement, especially given the size of the plant, which consists of approximately 5000 I/O.

According to a spokesperson from SA Water, “The completion of this project went beyond the technical realms of delivering a desired outcome. The SCADA network architecture involved dividing the plant into eight device level rings (DLRs) that reported into the centralised control system. The project was delivered on time and under budget. In addition, plant performance was optimised which yielded operational savings and significantly lowered environmental risks.”

SA Water received an Australian Institute of Project Management Award for this project.